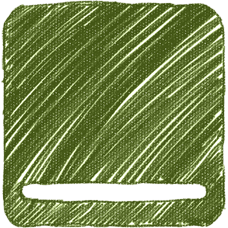 The key document used as background to this section is Guidelines for administering tenure locally (it's a 1.13 MB PDF document)

And for information on allocation see Allocation Thought Piece.

It is very likely that the land that will be identified for incremental settlement will not be able to accommodate all the people who want to live in that area.

A clear and transparent allocation process and criteria needs to be developed to determine who will be allocated to the piece of land.

It is important to involve the community as much as possible in this process so that they accept and understand how the allocation will occur.

The number of people allocated to a piece of land will have implications on how big the plots can be.

When people move onto the land there needs to be some form of recognition from an authority structure that they can stay on the land.

This could, for example, take the form of an occupation certificate issued by a municipality that outlines the rights and responsibilities of the occupant and the municipality in relation to using the land.

Usually, after the neighbourhood has been planned, the roads and open space are owned and managed by the municipality. However, there may be some instances, like when a community group buys a private piece of land that these spaces remain or become the property of some form of community structure, like a cooperative or home owners association.

Getting some form of tenure security at the end of the basic product stage is just the start of the process of incrementally improving tenure.

There needs to be a system in place that administers this tenure so that changes to who has rights to undertake certain activities on a piece of land can be administered and maintained. Procedures to deal with things like what happens when a person dies or wants to ‘transfer’ their tenure rights to someone else need to be agreed, put in place and maintained.

The form of tenure can also be incrementally modified over time, with for example: more rules and regulations being put in place; or moving from a recognition that a person can stay in a broadly defined block to one where the actual plot within the block is determined; or from a situation where a person has a simple occupation certificate to one where they have some right under a particular piece of legislation.

Tenure can be administered by either the community itself, who then keeps records, or by the municipality, or some other recognised authority (like the police or a church).

Over time government can come back and, in consultation with the community, provide funding support to convert the initial basic tenure to individual title (or to rental, cooperative ownership or some other form of tenure that the households decide.) Some households may even decide to stay with some form of basic tenure.

If the plots are not yet formally surveyed, this will need to be done at this stage and a township register opened, so that the ownership of the land can formally be converted from the municipality (or other entity that owns the land like a church or community group) to individual title.

The funding for the purchase of the land, land surveying and conveyancing can be funded from the governments housing subsidy. Households who do not qualify for housing subsidies (e.g. they earn over a minimum amount), or have received subsidies before will have to use their own money to pay for these activities, if they want to ‘upgrade’ to individual ownership.

The tenure arrangements of common space areas, community halls, community gardens, etc. may also need to be upgraded. For example some form of home owners association may need to be established to take ownership of any common spaces that will not be owned by the municipality.

You can find links to additional information related to this topic by following the following links:

UN Habitat: Publication on tenure security called Secure land rights for all or [1]

Smit, D and Abrahams, G. 200 An approach for incrementally securing tenure in South Africa, For Urban LandMark. THIS OFFERS A PRACTICAL APPROACH TO INCREMENTALLY SECURING TENURE IN INFORMAL SETTLEMENT UPGRADING

Shisaka. 2011. Investigation into the delays in issuing title deeds to beneficiaries of housing projects funded by the capital subsidy: Final Report. For Urban LandMark. THIS ONE HAS A VERY SIMPLE TOWNSHIP ESTABLISHMENT PROCESS DIAGRAM

Rubin M and Marc C. 2008. The social and economic impact of titling in selected settlements in Ekurhuleni Metropolitan area: synthesis report. THIS LOOKS AT THE IMPACT OF TITLING

Kingwill 2011 Family title: title deeds, ownership and “law”, in Transfomer, Afesis Corplan. THIS LOOKS AT THE MEANING OF OWNERSHIP AND HOW IT FITS AND DOESNT WITH OUR DOMINANT WESTERN LEGAL CONCEPT OF OWNERSHIP IN SA

If you have any comments, questions, thoughts or suggestions for additional information please share them with us by using the comments page.